Peer pressure, I am weak to it. Height: open to debate. He claimed it was 165cm for years, then was busted as being shorter, so 163cm? (Except I am not certain that's true either... 8D) His height was an issue of concern for him for a while - he stopped growing in middle school but used to drink milk every day (believing that it would help him grow). For the record: Yara is not short! His awesome is just more highly-concentrated, okay. 8| Obviously, this post would not have been possible without the help of the Japanese fans who have shared information on fansites, the people who share videos and scans, and the people who put time and effort into translating and sharing their hard work. Permission to quote and link has been sought where possible, but please get in touch if there's something you're unhappy about pertaining to this post. If you think I've missed anything crucial, or even if you don't, feel free to leave a comment! More Yara love is always, always appreciated!

This LJ is ~FRIENDS ONLY~.

What I mean by this is:

#1 ☆ Scans and other uploads are public! I will not be providing any more scans or uploading any more files. All that is here will remain here, but that's as far as it goes. For the record, doing 'nice' things for fandom gets you nowhere and is a waste of both time and money.
#2 ☆ Personal posts are friends-locked. I am not adding new friends.

There is little point adding me, since I will not add you back and this LJ is no longer updated.

Edit [2010.11]: It should go without saying: stuff on here is either mine or credited properly. If you want to quote my entries verbatim to your blogs for whatever reason, it is common courtesy to ask first. If you don't speak English, commenting in your own language is OK! Please don't repost my stuff without permission. Thank you!

I am done with Johnnys for the time being and will no longer be updating this LJ or participating in J&A fandom. Sorry to anyone who was hoping I would upload scans :)

I scanned these last weekend (because some of them are

risakochan's sets since I couldn't buy them all) but only just managed to find time to finish editing them today. So here we are, the first photo sets from this summer's Playzone! 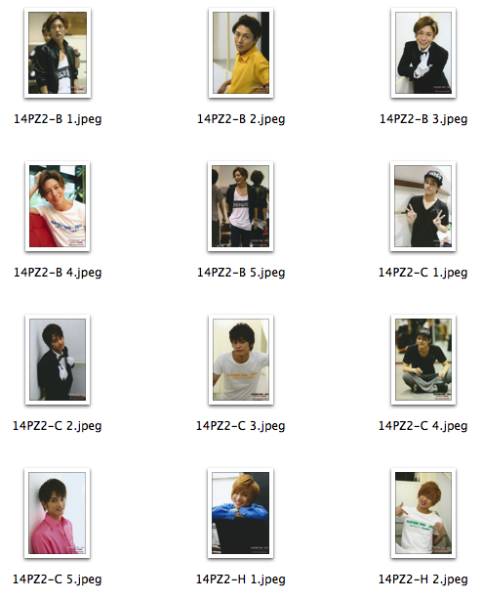 So I promised a couple of people that I would share some video cuts of Yaracchi/the dance family, and I got permission from a couple of other friends who made cuts of various Playzones (some subbed and some not), sooooo~ tell me if there are any problems :3


Playzone 2013; Mizu no kaeru basho (Nakayama Yuma, Yara Tomoyuki)
This one still makes me get teary-eyed every time I watch it. Yaracchi's choreography. I can't words enough for this one, it's just. Yes.

Playzone 2011; Charge (Yara Tomoyuki, Yamamoto Ryota, Takahashi Ryu, Tatsumi Yudai, Koshioka Yuki, Kato Yukihiro and Morita Myuto)
Ahaha two of these people aren't in the agency any more (._.) But this was basically the first number in which I got to see Yaracchi as the lead singer live and it fills me with happy and they are so cute dancing on stairs and just, ;; ♥

Playzone 2012; Toshi-chan medley (whole Playzone cast minus Tsubasa & Yuma)
I love this one a lot. Rin and I made an AU about a bar named Euphoria (U4ia lol) because of this dance number :D

Playzone 2012; Manatsu no yoru no hana (Yaracchi & 4U & TheyBudou & "MAD")
THERE ARE NO WORDS FOR HOW MUCH I LOVE THIS SONG IT IS MY FAVOURITE SONG THAT EXISTS ON A CD PLEASE WATCH THIS also Yaracchi wrote the rap :3

If you watch any of these, let me know what you think? :D? There are so many more awesome clips, I just didn't want to put entire DVDs' worth of stuff in one post |D;; If you have to get one PZ and one PZ only, then I might dare to recommend Playzone'12 Song & Danc'n. part II but honestly they're all fantastic T^T ♥

You can buy them! Not only on Amazon, but also on CDJapan and YesAsia and any other reputable DVD resaler that deals with Japanese DVDs.

Also don't forget, if you want to know anything else about the dance family, you can head over to

P.S. I do update about my own life sometimes, I promise. Sometimes.

So in true Pippa fashion, because I am home sick from work today, when I wasn't lying on my back staring at the ceiling, I was cleaning dust off scans. En route home from work today an old man actually stood up to give me his seat(!!) and also a well-intentioned elderly couple told me to ganbatte kudasai! so I guess I looked about as good as I felt? lol Anyway I have been going to hospital for rehabilitation stuff so uh, sorry to those of you to whose emails I have not yet responded, I've been sort of out of it this week tbh. T__T

Sooooooo, today's confusion is this: I found in my folders a bunch of Yuma scans from like April which apparently I never shared? Only I SWEAR I did. I must have dreamt it.
Also some recent magazines, too. Alright, let's see what today's scans post has for us... 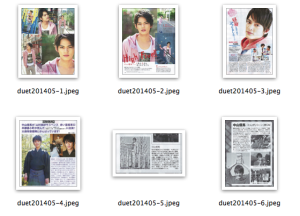 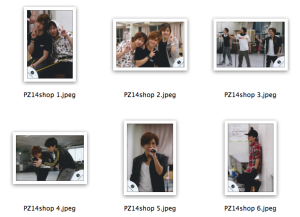 Haven't had the chance to fix up the others yet. 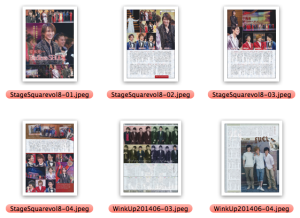 I don't want credit but I do want a new robot body that can't feel pain, will anybody give me one of those?

wooh the LJ update page is all weird and big. ugh what am I even doing

So, like, I feel kind of bad about this because 「Dance SQUARE」 literally just went on-sale on the 27th for the first time ever and here I am sharing scans (._.) People please please please if you at all can buy the magazine so that they can get decent sales figures, especially for this first issue because 4U are actually really for real on the cover!! (and it's not a dokkiri after all, like Fukuchan half-suspected)...

I didn't scan the poster though, because I don't have the time/energy to stick scans together like that. 4U pages, and Yuma/Dance family Crea pages all in a .zip found below. NOTE: They Budou don't have pages for Johnnys Ginza Crea reports because of when the magazine was finalised for publication, not because of magazine discrimination. 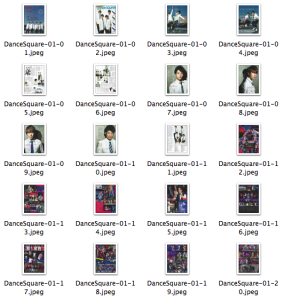 Next scans post will include more Yuma mags, plus all the dance family Nissay!Playzone shop photos (once I get to the JShop and buy Hayashi's/the rest of Yuma's).

☆ As always: no credit, no claiming credit, buy the stuff!!, spread the love ♥ etc. Comments make me less sad and lonely; any language OK!

Yay I finally had time to scan the last round of stage photos for 2014's Endless SHOCK!!

Also, thanks to other people asking me to buy 4U photos and scan them on their behalf, we also have the remainder of the 4U photos! Kosshi's photo set and one of his stage photos can be found in this post.

SO. Today marks the end of the Endless SHOCK scans! Unless Valerie asks me to scan Kishi's photos too...

Additionally, in case anyone was interested in Yuma's new single and things, join his comm :D

So now Tokyo SHOCK is over... What's Yaracchi going to do next? :<

All night long 僕と踊ろうよ Da-da-da-da-dance! I am in a Shock mood for serious now, Shock Shock Shock Shock Shock Shock Shock. Guys I know I always say it but SHOCK IS SO GOOD LIKE SERIOUSLY SO GOOD. I would do anything for a DVD of Yaracchi's Shock, especially now that Uchi fans finally have an Uchi version. Anyway, these are the ones for Yaracchi and Ryota that were released sometime last week. I remember a guy walking past me to take photos of Koichi last weekend, lol. 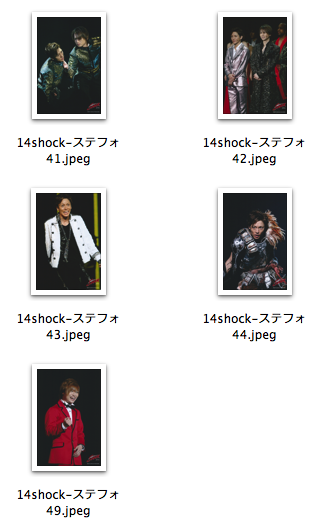 ☆ As always: no credit, no claiming credit, buy the stuff, spread the love ♥ etc. Comments make me less sad and lonely :D?

So I was up late last night scanning the Endless SHOCK '14 photosets and then the stage photos which were released on 2/13, and then bessatsu +act was released today and I had to scan it today too, so I dug up some of the older mags that I never scanned too, from like, PZ and pre-Shock and so on. I didn't scan some of the Koichi pages b/c I assumed Koichi-tan have already shared them. Ugh I am sick and trying really hard to get better and not worse, wish me luck. 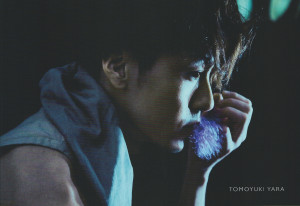 ☆ As always: no credit, no claiming credit, buy the stuff, spread the love ♥ and maybe comment?
Collapse